Public access to the site is now restricted but is available through pre-booked guided tours .

The tour is by mini-bus and begins and ends at the RAF Upper Heyford Heritage Centre (Building 103).

Tours begin at the The RAF Heyford Heritage Centre is in Building 103, Camp Road. It was used by the USAF as an Auto Shop. To get there, turn in to former main gate (Dorchester Heyford Park Sales Suite on right), take the first exit off the roundabout (cement silos & large crane on left), past the construction site and Building 103 is last (red brick) building on left).

The standard tour begins at 11:00 am and lasts for approximately three hours.

Places are limited to the capacity of the mini-bus (14 people) and can be booked via this website only.

Interior access to buildings may not be available due to maintenance work.

The historic site has not been altered to allow disabled access.

The right is retained to cancel tours due to unforeseen circumstances, such as adverse weather or illness, in which case a full refund will be offered.

Pets are not permitted.

Photography is welcomed. There is one restricted area only. You will be asked to sign a Photography Permit form.

The visit begins with a short video on the history RAF Upper Heyford Heritage Centre (Building 103).

The guided tour concentrates on the USAF flying field and command operations during the height of the Cold War when RAF Upper Heyford was a target for Warsaw Pact forces.

This is a selection of what can be seen. Tours may include visits to other buildings and areas depending on essential maintenance work, filming or other onsite activities. 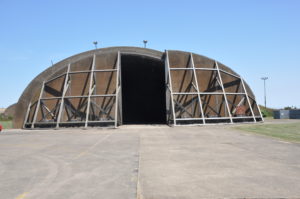 Aircraft were dispersed around the airfield and placed in shelters to protect them from the weather. These shelters were ‘hardened’ with concrete to protect against a direct hit from a 500 lb high explosive bomb. 56 of the Hardened Aircraft Shelters (HASs) were built at Heyford and all remain. One HAS is designated for heritage use. 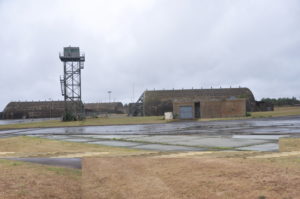 Between 1981 and 1986 nine HASs formed the QRA (Quick Reaction Area) where the Victor Alert Mission kept eight aircraft fuelled and armed ready to take off in less than 15 minutes. The aircrew lived in the QRA for 72 hour shifts. 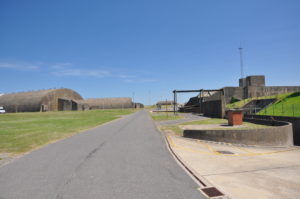 Maintenance operations had to be continued during wartime and so the 20th CRS (Component Repair Squadron) Avionics Maintenance Facility (Building 299) was opened in 1981 for maintaining F-111E TFR (terrain following radar) and other avionics. This was extended for EF-111A Raven avionics maintenance. Proof against a 1000lb bomb and with its own decontamination unit, it is one of only two such buildings in the UK and is a scheduled monument. In 2013 Brad Pitt cycled past Building 299 during the making of the film ‘World War Z’. 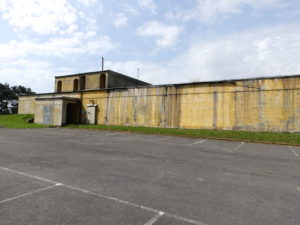 From 1970 three squadrons of F-111E strike aircraft were based at Heyford, joined by thirteen EF-111A Ravens in 1985. All these units had their own headquarters buildings with a ‘hardened’ side for protection against bombing and a decontamination unit. 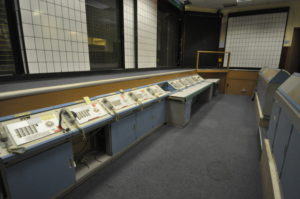 Operational control of the aircraft, and defence of the airbase from aerial attack, was directed by the 1000 lb bombproof Hardened Command Post (Building 126). 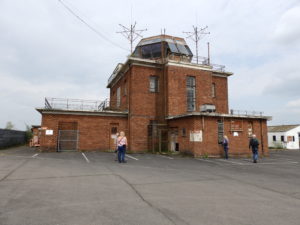 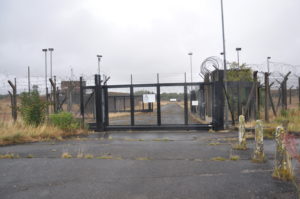 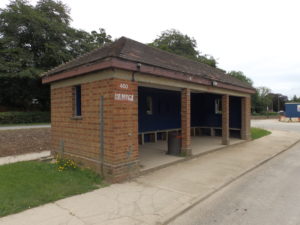 RAF and USAF housing and other buildings can be seen still on the former domestic site south of Camp Road. Ex-military buildings can be identified by their numbers. Please respect the privacy of the people who live there now.